The training band has becomes well established and we now welcome both adults and children to join and learn a new hobby.

If you are interested send us a message via the Contact Page or drop us an email to info@thurcroftwelfareband.co.uk

The training band practice takes place at 6.00pm every Tuesday in our band room and will last about one hour prior to the senior band practice. 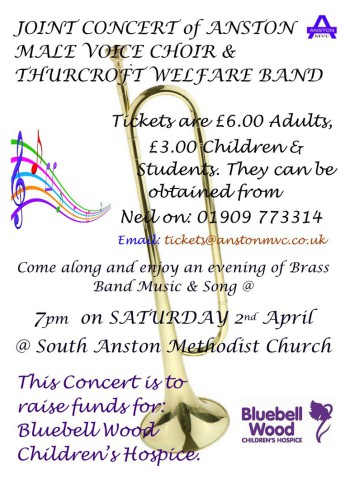 Thurcroft Welfare Band has started a new training band for adults and it held its first practice on Thurday 14th September 2017. The training band is open to any adult who wishes to learn a brass instrument.

You might have played a brass instrument in the past want to start again, or play another instrument entirely and wish to transfer to brass,  then the band would love to hear from you. You might even be a complete beginner to music and want to learn a new and rewarding hobby, then you will still be more than welcome, supported in your learning by senior band members.

Whatever your background, we will help you by giving you confidence to play again, transfer to brass or even start from scratch. The purpose of the training band is to prepare you for playing in the senior band. When you are ready you will be encouraged to move into the main band.

We have a number of loan instruments which you can borrow free of charge so you do not need an instrument. We will only ask for a small subscription to cover our costs.

If you are interested send us a message via the Contact Page or drop us an email to info@thurcroftwelfareband.co.uk

The training band practice takes place at 6.00pm every Thursday in our band room and will last about one hour prior to the senior band practice. 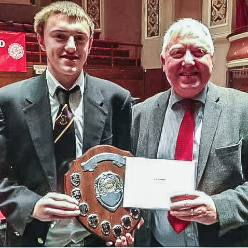 Thurcroft Welfare Brassband continued their successful 2016 with a third place in the 4th section at the Yorkshire Regional Brassband Championships. The band narrowly missed out on a trip to the natonal final at the competition which took place at the St George's Hall, Bradford on 5th March 2016.

Thurcroft Welfare Brassband enjoyed a successful weekend at Butlins Skegness. Competing with ten other bands in the fourth section, the band finished fifth overall and won the NACODS trophy as the highest finishng miners band.

Over the next few weeks the band has the opportunity to play in a number of local schools. The idea is to show the children the joy of brass band music and the fun to be had by playing in a brass band. Where possible we will be giving the children the chance to have a blow themselves.

The band wishes to promote itself to the children and to help develop the next generation of brass players. If you would like the band to play at your school assembly please drop us an email at info@thurcroftwelfareband.co.uk and we will see what we can do. Take a look at our Training Band page for more information 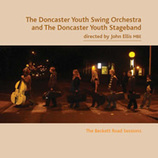 Thurcroft Welfare Band are pleased to be embarking upon a new informal partnership, working with Doncaster Youth Jazz Association. The first joint venture will be a  concert at the St Simon's and St Jude's Church, Thurcroft, 7pm Saturday 26th September, an evening of Brass Band music and Jazz with the association's Doncaster Youth Stageband.

Tickets will be £5 and are available in advance or on the door.

The band are delighted to announce the appointment of Matthew Wright as their new MD. This is Matthew’s first brass band appointment. He comes having studied brass band conducting at Huddersfield University with Philip McCann.

Matthew has been appointed following an extended selection period and from a very strong field. The band were attracted by his musical ability and patient directing which were obvious in his audition. Matthew joins the band at an exciting time with the band keen to build on their position near the top of the Yorkshire Area 4th Section. He inherits a band with very few vacancies and a strong training band with several members keen to join the main band.

Matthew says that he is delighted to be conducting Thurcroft and is keen to take the band forward. 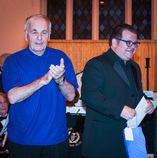 Thurcroft Welfare Band recently hosted a very successful concert at St. Simon and St Jude Church, Thurcoft. The concert was a joint venture between our training band and senior band and was greatly enjoyed by all, young and old.
This was the final concert for the very well liked senior band musical director, Garry Hallas. The band are very sad to see him go and would like to thank him for all his hard work and wish him every success and happiness in the future.

MD Reluctantly Decides to Move on 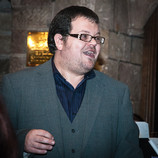 Thurcroft Welfare Band are reluctantly parting company with their very popular MD, Garry Hallas. Garry, who also conducts Emley, has been with the band for a very happy eighteen months. He now feels that he needs to reduce his conducting commitment to one band in order to allow him to pursue other musical avenues.

Garry said “I have had a great time over the last eighteen months working with the fantastic bunch of people at Thurcroft. Whoever is lucky enough to follow me into the bandroom will find a player on every seat, a supportive committee and a wonderful atmosphere in which to make music.”

The band would like to thank Garry for all he has done over the past year and a half. Garry’s shoes will be very hard to fill and the band are very sorry to lose him.

The band has recently received grant funding from Community First Neighbourhood Matched Fund programme which is administered by the Community Development Foundation for the Office for Civil Society.

The grant will enable the senior band to complete the set of dress jackets for formal concerts and contests, and also to order new Thurcroft personalised ties for the walking out uniform.

The grant has also been given to enable the band to purchase music, mutes and music stands.

The training band has also benefited from the funding – the band will soon take reciept of new polo shirts to wear as an informal uniform to complement their smart purple waistcoat uniform.

The bands are extremely grateful to the program for their support, enabling us to keep both bands looking smart.

We would also like to thank Councillor John Swift who continues to support Thurcroft bands, keeping us informed of organisations which may be able to help us. 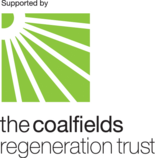 Thurcroft Welfare Band has been successful in securing a £5000 grant from the Coalfields Regeneration Trust. The grant will be used to improve the facilities at the Band's practice room. For those who know the band room they will know that the heating is inadequate, particularly in the winter months, and access is for members and equipment is severely limited.

The generosity of the Coalfields Regeneration Trust will enable the room to be insulated and pipework to be installed in anticipation of a new heating system. A ramp and double doors will also be installed to improve access both for wheelchairs and equipment such as large timpani drums.